Our Experience Manager, Tegan, studied Film, Theatre and Television at the University of Reading. In this blog she looks at the immersive nature of escape rooms and how it draws comparisons to immersive theatre. 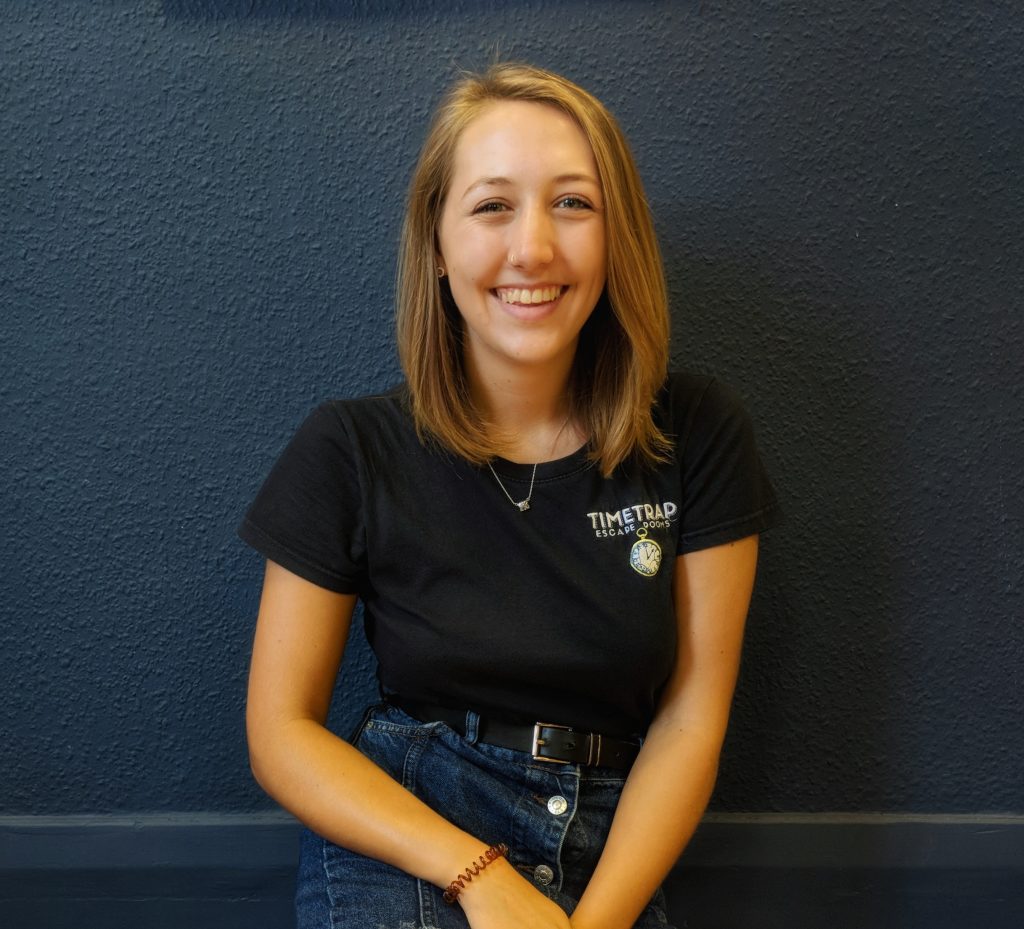 Immersive theatre is a style of performance where the audience is invited to interact with the space and/or actors. Audience members are positioned as either voyeurs or they play an active role in propelling the narrative – sound familiar?

In 2013 a theatre company called Punchdrunk created a production called The Drowned Man: A Hollywood Fable. This production took place in a warehouse and spanned five floors. The audience wore masks and although they had no direct say in the narrative it was up to them to discover it. Many different scenes were being performed simultaneously and by exploring the five floors you were able to see as many as you could. It was then up to the audience to piece together the narrative for themselves by identifying characters and connecting various interactions. At the end of each scene actors would disperse and the character you chose to follow would dictate the perspective from which you saw the narrative unravel.

In 2014 Secret Theatre Company debuted their production Code: 2021. This production invited audiences in to witness a trial from the point of view of the jury. After hearing the opening statements and evidence from the defence and prosecution, the audience were taken to a different room in the court to view a reenactment of both sides of the story. When the reenactments were finished audience members were asked to enter the house and look for their own evidence which they were later asked to present to the rest of the jury. In this performance, the actors left the audience alone to argue their cases and by doing this the audience were not guided to one specific outcome but rather asked to find/solve it on their own. In order to end the performance the audience had to reach a verdict which dictated how the performance would end.

Here at TimeTrap we send volunteers back in time to help right wrongs from throughout history.

Our escape rooms aim to immerse our audience in the chosen time period through the use of set, lighting, and soundscape. Without the volunteers the rooms would sit unused. Similarly to an audience, the volunteers bear witness to a constructed narrative which it then takes their actions to propel. Volunteers have to explore the space to uncover puzzles. The order in which the puzzles are discovered and solved will dictate which parts of the narrative are uncovered at various points in the game. Much like Code 2021 our volunteers are asked to explore the space and use what they find to reach an ultimate goal. It is a necessary part of both the performance and the game for the audience to gather as much information as possible in the allotted time in order to solve the case.

As time warp engineers, our role requires us to brief the volunteers and so their immersion begins before the game starts. In this sense we behave as actors bringing our audience into our world of time travel. Here at TimeTrap our games also often involve an historical person as a large part of the context to the game. In doing this the story becomes relatable and allows the volunteers to centre their investigation. As we have chosen various time periods for our games we have created puzzles that follow a narrative consistent with the time.

As mentioned earlier, Punchdrunk’s performance spanned five floors. Escape rooms are similar though on a smaller scale. Part of what adds to the pressure of escaping is that you cannot be sure where the end point of the game actually is. Escape room games are not always just one room but two or more and it is up to the team to work their way through, often discovering more or secret rooms as they go. In Punchdrunk’s performance audience members were able to discover new rooms within other rooms as they followed characters, this would give a deeper insight into the narrative of the production.

Although our games have a set narrative and outcome, each team will interact differently with the space. The various ways in which people think will change the way each person views a puzzle. As different connections are made and conclusions are drawn this means that, despite the rooms remaining the same, each game is quite different. This is precisely what makes monitoring teams such fun – no one person is the same, no team dynamic is the same, which makes every group interesting and means coming into work is never boring.

Does what Tegan described excite you? Fancy joining helping to create immersive experiences and helping to guide people through them? Head to our ‘Join our Team’ page to find out more and apply.

Do something different with the kids this summer holiday